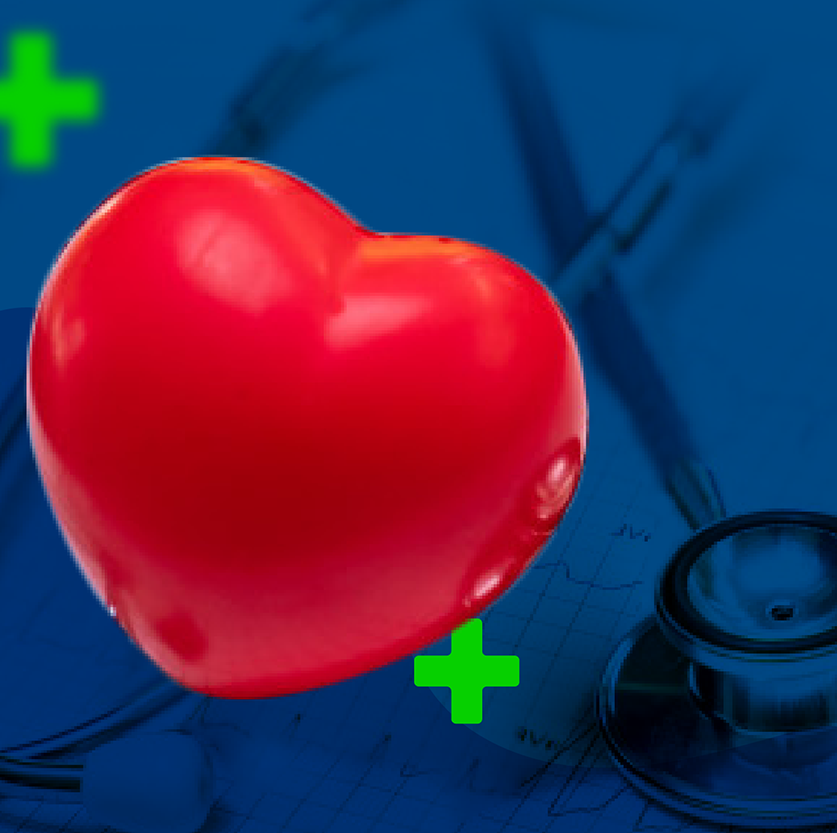 The heart is a four-chambered organ that pumps blood to all parts of the body. The blood pumped is responsible for supplying the required oxygen and nutrients to the body as well as removing waste.
It is located in-between the lungs and averages at 72 heartbeats in a minute.

The heart is the strongest muscular organ contrary to popular belief that it is delicate and fragile. The heart muscles are continuously at work and it starts its operations within three months of conceiving till the person dies.

The heart, in spite of being the strongest muscular organ, faces certain situations where its functioning gets affected, proving fatalistic. The most common problem is the Artery Blockage of the heart. The root cause of artery blockage is excessive oxidation. The rate of blood flow in the arteries of the heart is about 30 cm/sec which is very high to allow any deposit within. The blockage inwards in heart arteries is caused because of the concerted approach by free radicals to enter the bloodstream passing by to achieve a stable status. As the inward pressure of free radicals intensifies the arteries start bulging inwards, causing artery blockage. As the arteries start bulging inwards and the flow of blood starts reducing beyond the point of blockage, collaterals start developing from the other arteries to meet the necessary shortfall in blood supply to the affected areas. If the rate of collateral development is commensurate to the rate of artery blockage then the individual may not get any symptoms or angina pain, but in cases where the collateral development lags behind it may cause angina pain.

Secondly, whenever a person is under stress, arteries constrict and blood thickens causing angina pain. This normally happens in cases where artery blockage is 80% or above because the development of collaterals does not cater for emergent stress conditions. In addition, the development of collaterals require extra effort by the heart muscles to enhance blood flow which paves the way for collateral development, the progressive extra effort may also cause angina pain. Thus, angina pain is an indication that the heart is in trouble and requires additional support but it is misunderstood. As soon as an individual gets pain in the chest, angiography is done and on detecting any blockage angioplasty/bypass is done and the blockage is removed. Collaterals start retrieving because normal supply is restored.

The heart tries to indicate a stressed condition but the procedure enhances the suffering of heart and gives added scarring. The insertion of a stent/balloon & bypass both create uneven areas within the arteries, which is more susceptible to blockage at an enhanced rate. The development of collaterals always lags behind in such cases and the individual is likely to suffer heart attack which can be fatal. Most of the people do not understand that stenting/ballooning/bypass is only clearing the arteries temporarily because it does not eliminate the root cause and it has a higher possibility of blockage at a faster rate. The doctors do not explain this to any patient; instead, generate fear in such a way that the individual falls prey to stenting/ballooning/bypass.

After conducting any of the above procedure in the heart or upon detection of artery blockage, doctors normally recommend four types of medicines- (1) Beta Blocker (2) Blood Thinner (3) Anti-Cholesterol (4) Antacid. None of the above medicines provides any protection from heart blockage; instead, have serious side effects which are fatal at times.

The purpose of Beta-Blocker is to delay the heart rate. The blood supply to the heart muscles is reduced, resulting in weakening of the heart muscles. Low heart pumping also affects the brain and all other body organs. Major side effects of Beta Blocker are-dizziness, weakness, drowsiness & fatigue, Cold hands and feet, headache, upset stomach, diarrhoea or constipation besides weakening the heart. Continuous use of Beta Blocker is permitted only for three years, whereas in India the patient continues heart medicines for lifelong.

Blood Thinner as the name suggests thins the blood out. The Thinning of the blood increases the rate of flow of the blood in the arteries and thus increases the possibility of erosion and thinning of the arteries. The brain uses 20-30% of the body’s blood supply and has more than 1, 00,000 miles of blood vessels. The blood thinner reduces the possibility of brain damage from the clots but increases rupturing of blood vessels due to erosion. The rupturing the blood vessels in the brain can become fatal because the blood may not clot due to the usage of blood thinner. Some of the prominent side effects of usage of blood thinners are – Congestive Heart Failure, High Blood Pressure, Diabetes, Stroke, Vascular Disease (Peripheral artery issues), Menorrhagia (heavy bleeding during periods), etc.

Anti-Cholesterol medication is known to cause diabetes and reduce COQ10 levels. In most of the heart patients, anti-cholesterol is started without even testing cholesterol levels. Patients feel that low cholesterol levels are good for the heart but it is not true. “There have been decades of research designed to deceive the public and physicians into believing that LDL causes heart disease, when in fact, it doesn’t,” said David Diamond, Ph.D., a professor in USF’s Departments of Psychology and Molecular Pharmacology & Physiology. Diamond, and more than a dozen doctors, including cardiologists, from the U.S., Sweden, the United Kingdom, Italy, Ireland, France and Japan, reported that the current narrative that LDL causes CVD is based on “misleading statistics, exclusion of unsuccessful trials and ignoring numerous contradictory observations.” It has been observed that low of any parameter in the human body is more dangerous than high. But, in India, doctors prescribe medicines and the patient keeps on taking medicines without monitoring the parameters. Prolonged usage of anti-cholesterol might become fatal due to lowering of COQ10 level beyond permissible limits.

An antacid is given to heart patients for gas and acidity. Prolonged use of antacid is known to cause indigestion and stomach ailments.

Beside artery blockage, the heart has 4 valves and four chambers each with certain issues. The thickening or thinning of the valves, hole in the valves, hole in the chamber walls and enlargement of the heart are some of the other major issues related to the heart. The symptoms for these heart troubles include palpitation, higher heartbeat, breathlessness, tiredness, weakness, dizziness, pain in legs, pain in hands, pain in the back etc.

Zyropathy uses a combination of supplements and Zyro naturals to resolve all above heart issues without surgery. Many have benefitted and are living normal lives with a healthy heart. It needs to be understood that the above issues relating to the heart are not an emergency on detection. Avoid the pressure built up and the emergency situation created by the hospital staff. Ask for symptomatic treatment and take time to make a decision. Complete bed rest is the only solution in an emergency. Getting your heart repaired without scarring in a natural way outweighs all procedures. Birth and death are not controlled by humans. No doctor can extend or reduce anyone’s life by even a second. Therefore, do not take hasty decisions; adopt Zyropathy which will help you recover from all above ailments.