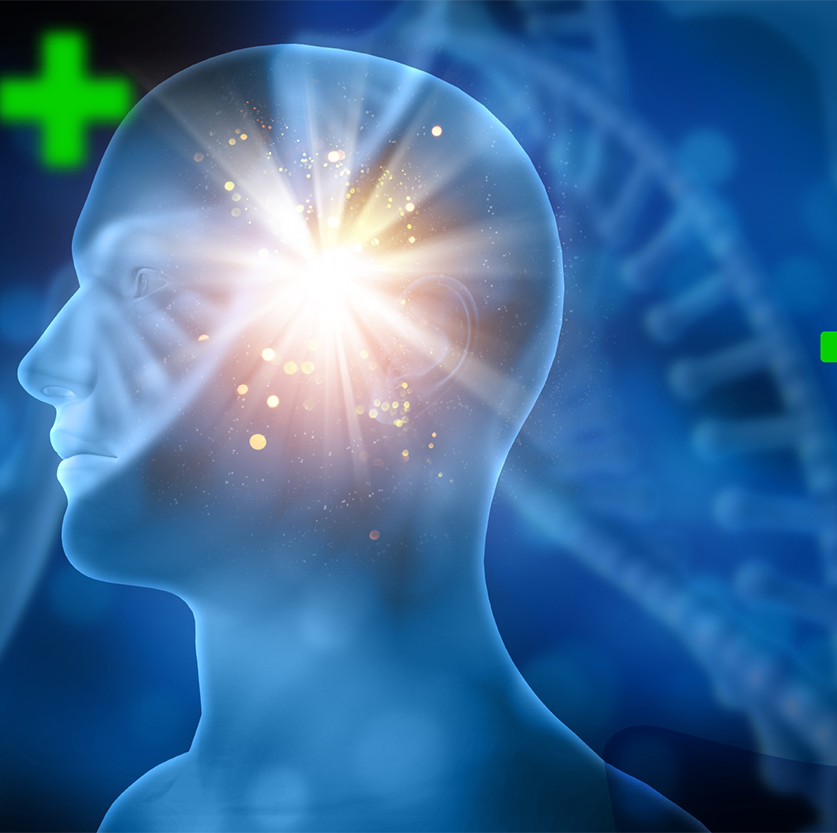 The brain is one of the most important organs of the human body, being the epicentre of the nervous system. It has three main parts: Cerebrum, Cerebellum and the Medulla Oblongata. The brain’s function is to primarily control the processing and coordinating of information received from the sense organs. It drives both the visual-spatial and language abilities as well as monitors the process of neurotransmission.

The list of ailments that come under Brain is:

The brain, being the Central Processing Unit, governs almost all ailments in the human body. However, other supporting organs may develop ailments related to the brain. The Brain is a very complex and versatile organ. A small minor hiccup anywhere can cause debilitating damage. Most of the hypothesis and research on this organ continues to remain a mystery.

Unlike cells of all other body parts which renew within 2 1/2 years of mutation, the brain cells remain constant and do not follow the process of mutation. It is said that brain cells mature by 10 years of age and start decaying after 40 years and the rate of decay increases with age. If the rate of decay faster than usual, diseases related to the brain such as Alzheimers and Dementia can occur.

The root cause of diseases related to the brain such as Cerebral Palsy (CP), Autism, ADHD, and Dyslexia is a delay in supply of oxygen at childbirth, high-grade brain fever & acute jaundice within the first few days of birth. The delay in supply of oxygen results in the decay of the brain cells, also known as Cerebral Hypoxia. There is no cure for these conditions because brain cells which die/decay cannot be revived. However, since the brain has almost 95% extra cells that human beings do not use over the course of their lives, Zyropathy uses a combination of supplements and Zyro naturals to activate the remaining cells. The cells which acquire higher activation have the possibility of taking over the duties of the organs which are physically and physiologically not in a highly functional state. Zyropathy has been able to provide relief to a great extent under this hypothesis.

One of the most common ailments affected a large section of the population is delayed development or Down syndrome which is mainly due to the slow formation and slow maturing of brain cells. Delayed development can be resolved to a great extent if the supplementation starts as early as noticed/detected.

Most of the other ailments listed above relate to malfunctioning of brain cells due to demyelination, inflammation, obstructive blood supply, clotting and cystic formation within the brain. All these conditions are repairable in Zyropathy with the combination of supplements and Zyro Naturals.
It is strongly recommended that brain and spine surgery should be avoided as much as possible but before opting for surgery, it is recommended to try Zyropathy because it may save you from the permanent severe disability/injury/scarring likely to be caused due to surgery. Zyropathy has very promising and encouraging results in most of the issues related to the brain and the Central
Nervous System. It has virtually given a new ray of hope in the field of neurology.

“PREVENTIKA” is a unique combination of six potent herbs that protect your body from 18 major ailments including Cancer.